We visited the National Corvette Museum, as well as the assembly plant for the corvette, both in Bowling Green, KY.  Tours for the GM plant just re-opened this fall.  The 2014 Corvette is a completely new design, and is considered to be the 7th Generation of the Corvette.  The engine is still built in Detroit, although they are developing an area of the plant that will include engine assembly next year.  The underbody is aluminum instead of steel, and the hood is a carbon fiber material, which reduces the weight of the car. It has 505 horsepower with speeds up to 200 MPH.  It will get 29 MPG on the highway, making it the most fuel-efficient of the sports cars. And the biggest change, it no longer has the “bubble” rear window that corvettes were known for. 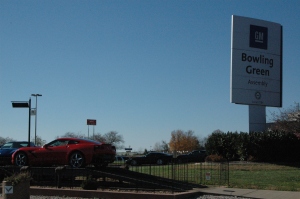 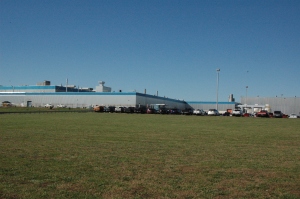 The plant tour costs $7.00, and no cameras are allowed inside.  Robots assemble the underbody of the car, and everything else is done by humans.  They can produce about 170 cars per day.  It was a very interesting process watching a car being assembled.  Corvette has many quality assurance checks during the process.  We were both impressed by the tour, and would highly recommend it if you are in the area.

If you purchase a Corvette, you do have the option of picking it up at the museum.  I would recommend that, as there are some perks the new owner receives.  They are given a “baby book” of photos of the car as it travels through the assembly plant.  And, the owner can go right on to  the line at the end, and start their vehicle.  They just can’t drive it out of the factory.  After the factory tour, we headed down the road to the museum. 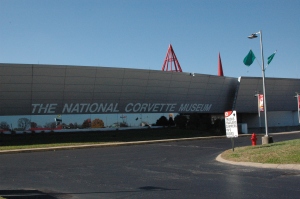 The museum costs $10.00 per person, but they had given us half-price coupons in our Amazon employee welcome package, so it was only $10 for both of us.  The museum starts out with displays on Corvette’s early history, and has a Mobil service station display with early Corvette’s.  There are areas devoted to the racing teams, design and engineering.  Another section has a large display of various models of Corvettes, including the only remaining Corvette that was built in 1983.  There is also an exhibit hall where they have special exhibits.  Currently, it is on motorcycles. 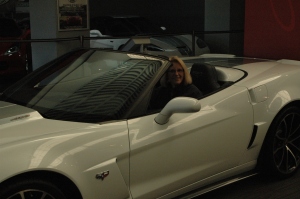 will they notice it missing?

These are some of the Corvette’s that were the pace car at the Indianapolis 500 over the years. 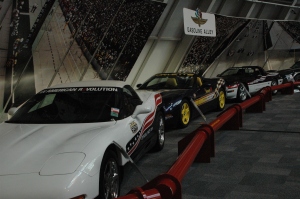 These are some of the early model motorcycles that were in the special exhibit area. 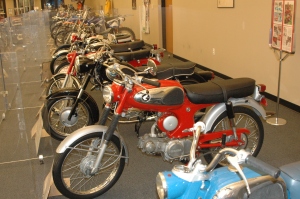 If you decide to pick up your new Corvette in Bowling Green, they have a special area in the museum to pick it up at.  They really spend a lot of time going over the car with the owner, probably more so than you would get at a dealer.  There were a lot of happy faces on the people picking up their new vehicles.  The sticker price on these cars are around $77,000.

waiting for their owners

The owner then gets to drive the vehicle out of the museum, and all the employees come over to cheer them on.

We both had our favorites.  Dan loved the 1960’s Corvettes, made popular by the television show Route 66.

But then reality kicks in…..

What we can afford!

Quote for the day:  “Have you ever noticed that anybody driving slower than you is an idiot, and anyone going faster than you is a maniac?” – George Carlin

3 thoughts on “A need for speed”