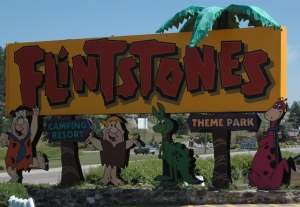 We both grew up watching The Flintstones, which originally aired from 1960 – 1966, and then many years after in reruns on Saturday mornings.   Custer, South Dakota has the Flintstones Camping and Theme Park and we were always curious about it, driving past it many times in town.  Since we could receive free admission with our VIP passes (normally $10.00 per adult), we decided to check it out.  This went into our “glad it was free” list, although we managed to have a ‘Yabba dabba doo, gay ole time’!  It took us about 30 minutes to see everything in the park, so it is pretty overpriced for what you get (in our opinion).

We started out taking the train ride around the property. 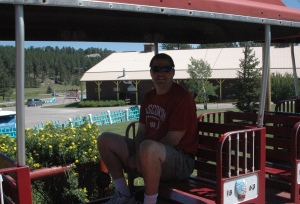 And then entered Bedrock City, which is a re-creation of the buildings from the television series, along with a few new “attractions” found only in the Black Hills, such as “Barney Peak” (a play on Harney Peak) 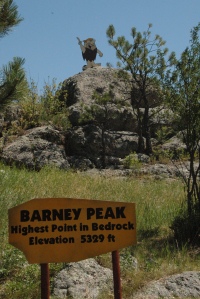 And Mount Rockmore (we still haven’t figured out who the person is on the far right, next to Dino) 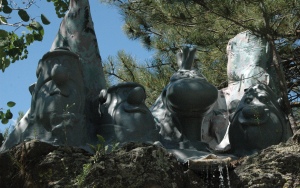 The park has Fred and Wilma’s house. 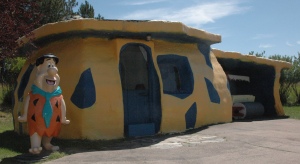 Dan was trying to take Fred’s car for a spin. 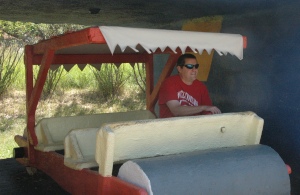 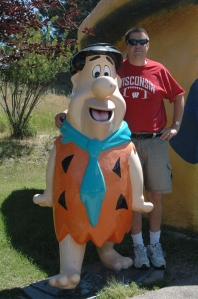 Next door was The Rubble household of Barney and Betty. 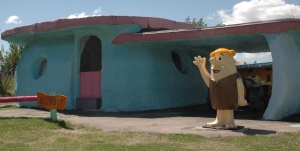 Barney has quite the aerodynamic sportster. 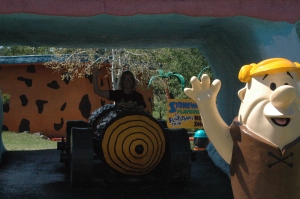 Dan decided to hang out with the girls. 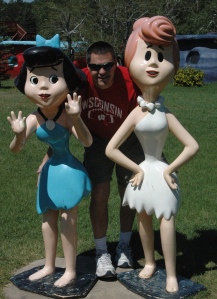 They have a downtown area, complete with movie theater, fire department, beauty parlor… 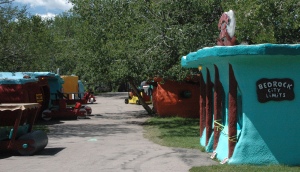 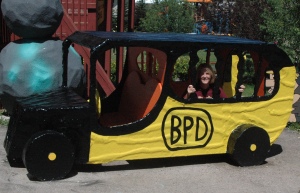 After the buildings, there is a children’s playground area with swings, slides and stuff.  I was talking with a few mothers that wished they would put this cartoon back on the air, and take off Sponge Bob.  Their children had no idea who any of the characters are on The Flintstones.  We agreed that their kids are missing out on a classic cartoon series. 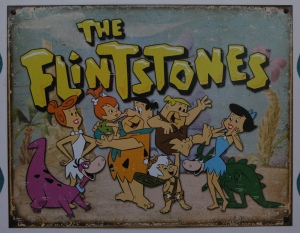 We did not see any of the camping section of the park, as it is well secluded from the road and the park.

Leave a Reply to message in a bottle Cancel reply