Dan and I both enjoy visiting museums, and our VIP pass covers many of them in the area. We opted to spend some time visiting two of them on our day off, Rushmore Borglum Story and The National Presidential Wax Museum, both in Keystone.

Many billboards advertising the Rushmore Borglum Museum state “best museum we saw in the USA”, so we had high hopes for this one. The museum is dedicated to the life of Gutzon Borglum, the sculptor of Mount Rushmore. Although very informative, it did not live up to its hype. The adult admission is $10.00 (free with VIP pass) which includes a hand-held audio device. You walk around the museum and punch in the code to each display, and there is a brief narrative on the items in the display case (photographs not permitted). At the end of the tour is a 20 minute movie that again goes over his life story. It took us about one hour to visit the museum.  You are not allowed to take photographs of the exhibits.

Prior to Mt Rushmore, Borglum worked on Stone Mountain, in Georgia. He started carving that mountain, but got into a dispute and blasted off the images he had completed.

Borglum was a big fan of President Lincoln, even naming his son Lincoln. He did this statue of Lincoln that is on display in front of the museum. 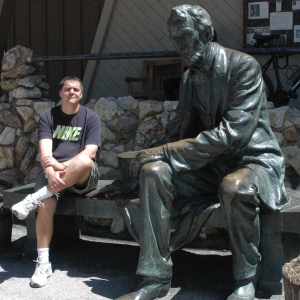 After our visit with the Borglum Story, we headed over to the wax museum, and were pleasantly surprised by the quality of this museum. If you have any interest in the history of our presidents, this is a good museum to check out. Adult admission is $10 (free with VIP pass), which includes a hand-held audio device. You start watching a video that details how the figures are created, then go to each exhibit which has a lengthy description of the president(s) in the display, and what was happening in the country during their term. If you listen to every story, it will take about 90 minutes to get through the museum.

The museum covers every president, from the first… 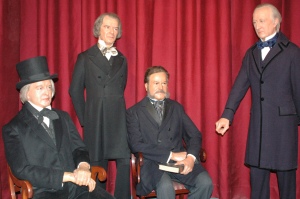 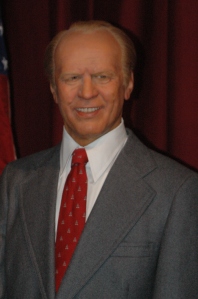 You all remember our 9th President, right?

He’s part of the reason for the creation of the 25th Amendment.  William Henry Harrison was the first President to die in office.  He refused to wear an overcoat during the inauguration, and died from complications relating to pneumonia, just 32 days after taking the oath.  I guess when you only make it 32 days, you get a very small display in the museum!

Of the five original drafters of the Declaration of Independence, two became Presidents: John Adams and Thomas Jefferson.

drafting the Declaration of Independence

Grover Cleveland became the first President to marry during his term in office. 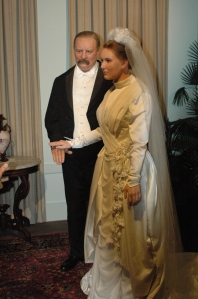 William Howard Taft is the only man who was both the President (#27) and Chief Justice of the United States Supreme Court (#10).

They had a display on President Kennedy

Along with a recreation of the scene on Air Force One where Lyndon B Johnson was sworn in as President, with Mrs. Kennedy, still in her blood soaked clothes, looking on. And did you know that Johnson was the only man to be elected as a Congressman, Senator, Vice-President and President? 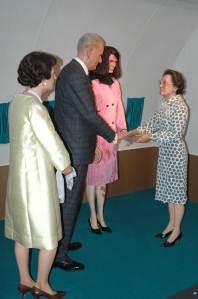 We were impressed by the quality of the wax figurines, with one exception.  This display of Ronald Reagan with Mikhail Gorbachev.  Reagan is just staring up and over his head.   It seemed like he was going to be in another type of setting, and they just plunked him in this chair. 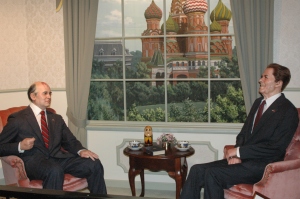 They also had a nice tribute to the first responders involved in the 9/11 tragedy. 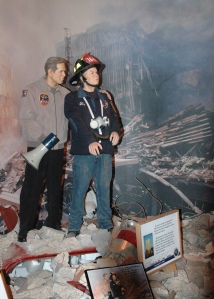 After soaking up all this history, we worked up quite an appetite, so we headed out to the Circle B Chuckwagon and Cowboy Music Show, in Hill City. As part of our VIP pass, we received 50% off the dinner/show, which normally costs $26.00 – $30.00 depending on your choice of entrée. Although the food was good (we had the combo platter of beef, BBQ chicken and buffalo), we were glad it was half price! Unless you have children, I would not recommend getting there when the place opens at 4:00pm, as there is really nothing to do. They have a lot of activities for the kids, and there is a “shoot-out” at 5:20, with dinner starting at 5:30pm. The Cowboy Music Show starts a little after 6, and ends by 7:00pm. The musicians did put on a nice 45 minute show with some cowboy music and a few family style jokes.

Quote for the day:  “No man who ever held the office of president would congratulate a friend on obtaining it.” – John Adams