Hello everyone, it’s me, Makena, keeping my peeps updated!  We are still in Wisconsin, hanging out at my grandparents (Dan’s parents) house.  I’m always happy to be hanging out at their house, as I’m the “Queen Bee!”

I’ve had a busy time here, with two trips to the doctor.  One was just a check-up and a confirmation that I have lost most of my hearing.  My parents were hoping that I just had clogged ears, but no such luck.  At least I don’t get scared anymore when my grandparents yell at the television during Packer football games, since I can’t hear them!  I wonder if there are hearing aids for dogs?

On my first visit to the doctor, I did stop over and visit with my cousin Reagan, while my parents were finally cleaning out stuff stored in my Aunt Madge and Uncle Greg’s attic for the last seven years.  It’s all Christmas decorations and some knick-knacks that they can’t figure out what to do with, so they went into my grandparents basement for now.  Just moving junk from one place to the next, in my opinion! 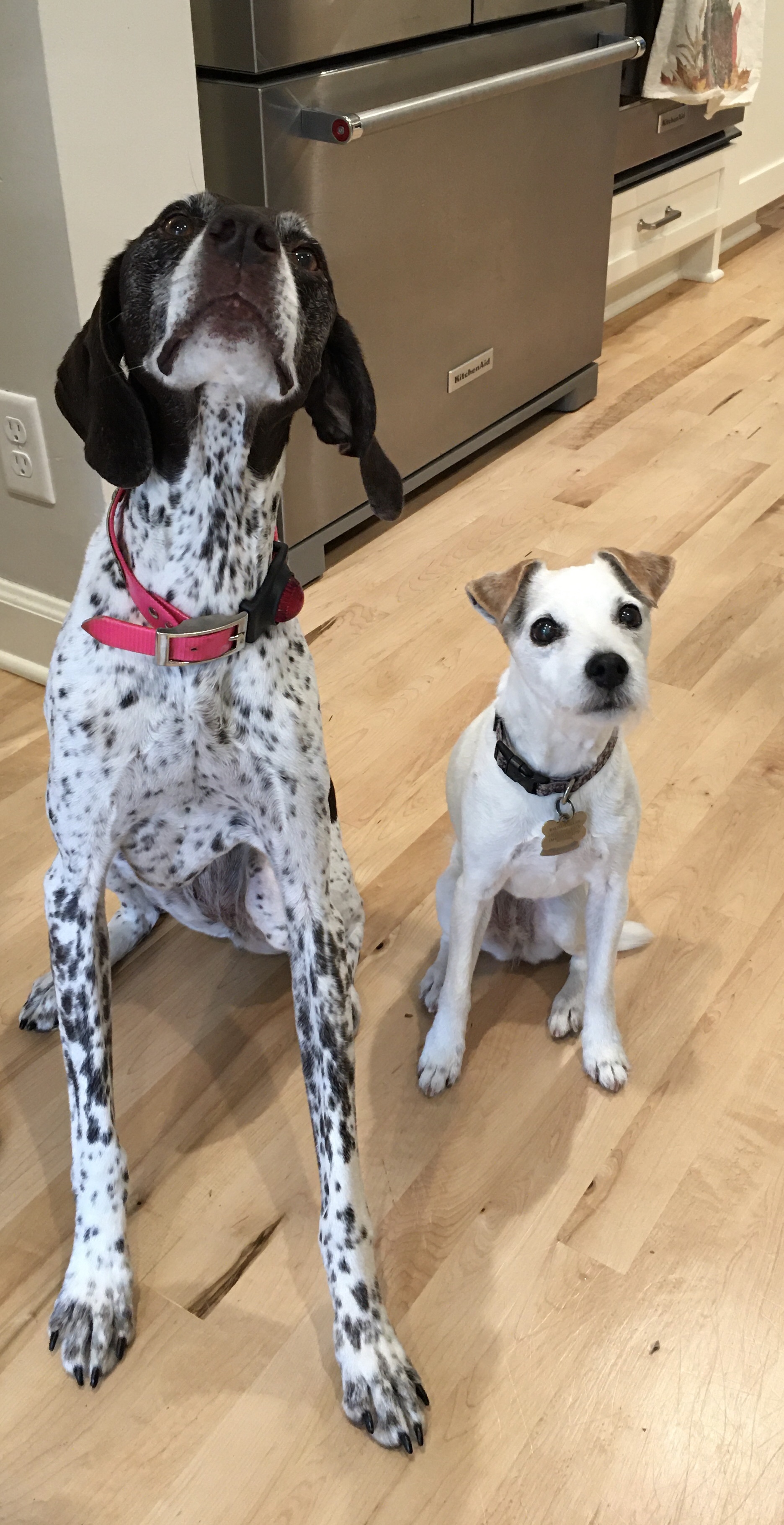 On my second visit to the doctor, I had my teeth cleaned, for the first time.  I had labs drawn first, and Dr Alex said they were great, especially for my age (13 1/2).  For dogs, you have to be put under anesthesia to get a dental cleaning.  After the procedure, I was pretty woozy, stumbling around for the rest of the day.  Even though I was super hungry, I was only allowed half of my food, which apparently was too much, because I threw up twice during the night.  My parents took turns sleeping with me on the floor, as I didn’t want to stay in bed, since I was not feeling well.  By the next day, I was doing much better.  And my teeth are sparkling and my mom says my breath doesn’t stink anymore!

My grandma felt sorry for me, so she spent some time playing with me.  All I have to do is pick up a toy and stare at her.  Works like a charm! 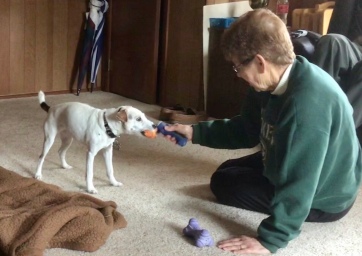 The weather improved in November, for the first ten days, but now it’s starting to get too cold for me. And it made me really jealous when my buddies Molly and Lilly texted me a picture of them lounging on the beach in Maui at sunset. I met them a few years back at Luton’s, as my parents worked with their mom, Melissa. She’s currently in Hawaii for a year. Not a bad place to be stuck under quarantine!

Oh, how I wish for warmer weather so I can be lounging outside! My parents did say we would be in Yuma starting January 1, for two months. It looks like they are going to try and stay here until Thanksgiving, although the weather can change quickly in Wisconsin. Thanksgiving will just be the five of us this year. Although I wouldn’t mind getting belly rubs from everyone, only having four adults means there will be more “turkey fairy” opportunities for me!! (and it keeps grandma and grandpa safe, which is the most important thing.)

And speaking of the “food fairy” where snacks magically appear in my dish, I make sure I routinely check under grandpa’s recliner in case he drops some food. Gotta do my part in helping keep their house clean! (you can see where the doctor shaved my left paw to start the IV when they did the cleaning) 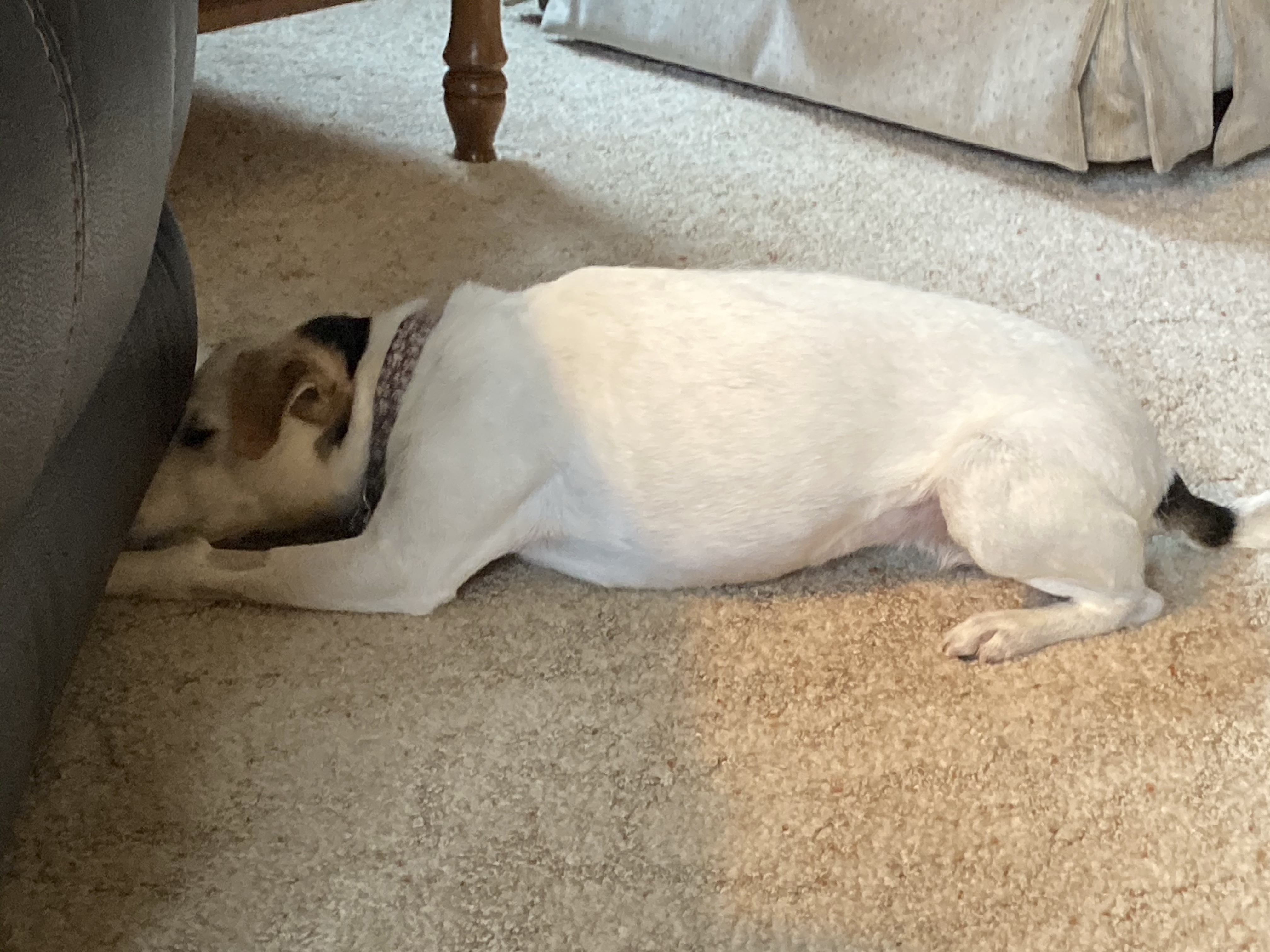 My parents are still busy doing chores.  When the weather was really nice, they rented a steam cleaning machine, and did all the carpets.  I was busy laying in the sunshine, so I made my dad go around me.  I was not going to let some stinking machine move me out of my spot in the sun, but eventually I was kicked out.  But I held out as long as I could!

Well that’s it for now. We hope everyone has a safe and wonderful Thanksgiving. Until next time!

Meme for the day: 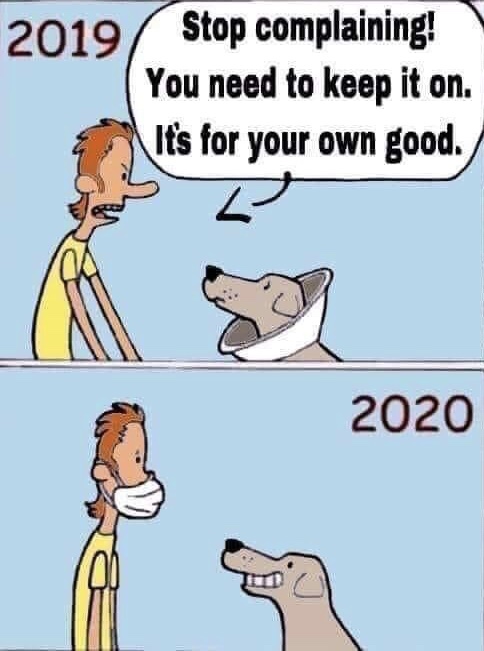