On February 12, 1809, Abraham Lincoln was born to Thomas and Nancy in a small log cabin on the Sinking Spring Farm just south of Hodgen’s Mill, Kentucky (now called Hodgenville).  Abraham was named after his grandfather.  He had an older sister, Sarah.  Thomas had purchased the farm in December 1808, for $200 for 300 acres of land.  The Lincoln’s moved to Knob Creek area 2 years after his birth, due to a land dispute on the Sinking Spring Farm. 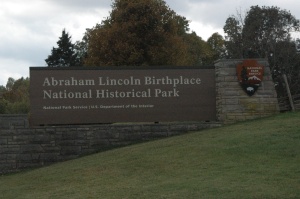 In 1907, an effort began to preserve Lincoln’s birthplace, and what was thought was the actual cabin that he was born in.  Over 100,000 citizens donated $350,000 to build a memorial for Lincoln, and his log cabin.  President Theodore Roosevelt laid the cornerstone in 1909.  In 1911, President William Howard Taft dedicated the memorial.  It was almost 50 years later, when they determined it was not the exact cabin, but is considered symbolic of the cabin. 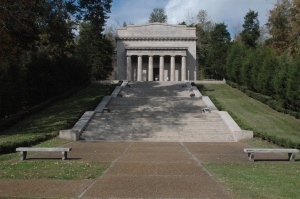 Lincoln’s Birthplace 56 steps to the top 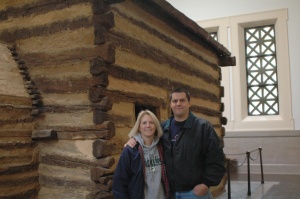 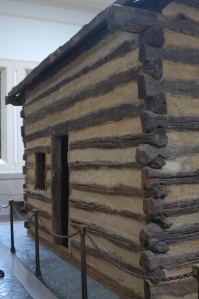 The visitor center of the park has a nice 15 minute video on Lincoln’s time at this farm, along with what they believe the inside of the cabin would have looked like. 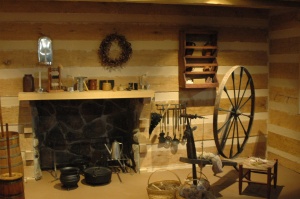 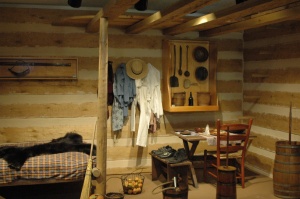 On the grounds you can still see the spring that gave the farm the Sinking Spring name. 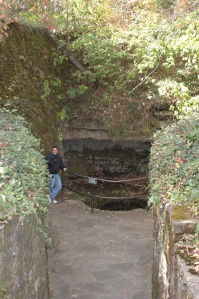 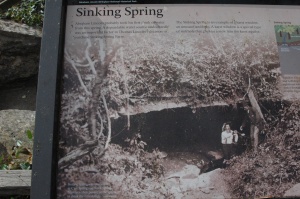 In 1811, the Lincoln’s moved 10 miles northeast to a farm on Knob Creek.  Lincoln stated his earliest recollections of his life were at the Knob Creek farm, where he helped his parents farm many crops on the fertile soil.  There are no original buildings remaining from Lincoln’s time on this property. 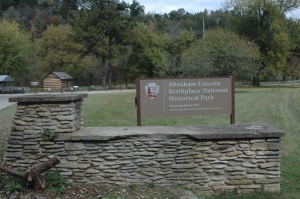 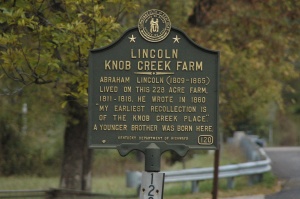 The land at Knob Creek is a beautiful area, and the National Park Service has left it undeveloped.  There is a walking trail that goes around the park, so you can walk and hike in the same area that Lincoln did when he was a boy.  The park service has planted a small garden to represent all the crops that would have been grown on the land by the Lincoln family. 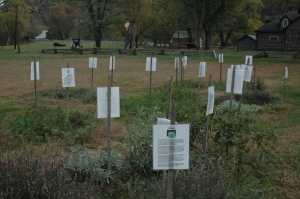 The park service also obtained and rebuilt the one room log cabin owned by the family of Austin Gollaher.  Austin was Abraham’s childhood friend.  The boys were out playing near a creek one day and Lincoln fell in and almost drowned.  It was Austin that had saved is life.  Imagine how different our country would be today, if Lincoln was not the 16th President. 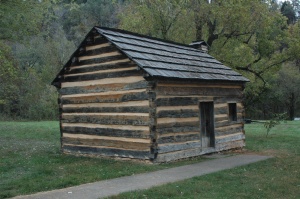 In 1816, Lincoln’s father lost his court battle over the Sinking Spring Farm.  In addition, the family was being evicted from the Knob Creek farm over a land dispute.  In December of 1816, the Lincoln family packed up and moved to Indiana.  Lincoln would never return to the state of Kentucky.

In 1928, Hattie and Chester Howard purchased the Knob Creek farm, and they built the Lincoln Tavern on the site to both honor Lincoln and capitalize on tourism in the area.  The park service took over the site on 2001.  The tavern building is not open to the public, and the park service has not decided what to do with it. 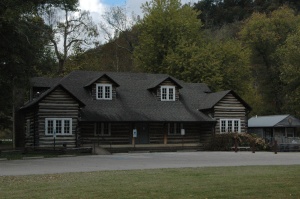 Quote for the day: “In the end, it’s not the years in your life that count.  It’s the life in your years.” – Abraham Lincoln